How to Make Videos with 508 Compliance?

Suprita is a social media analyst and a regular content contributor to the Dacast marketing and team.

We hear every now and then that having your content 508 compliant is important, but what is 508 compliance? Section 508 is a part of the Rehabilitation Act of 1973, which requires that electronic information technology, procured, maintained or used by the Federal government be accessible to people with disabilities. It is important to make your content available to everyone and we must pay attention to people with disabilities too. In this piece, I am going to discuss what exactly 508 compliance is and how to make videos with 508 compliance through streaming media services.

What is a 508 Complaint Video? 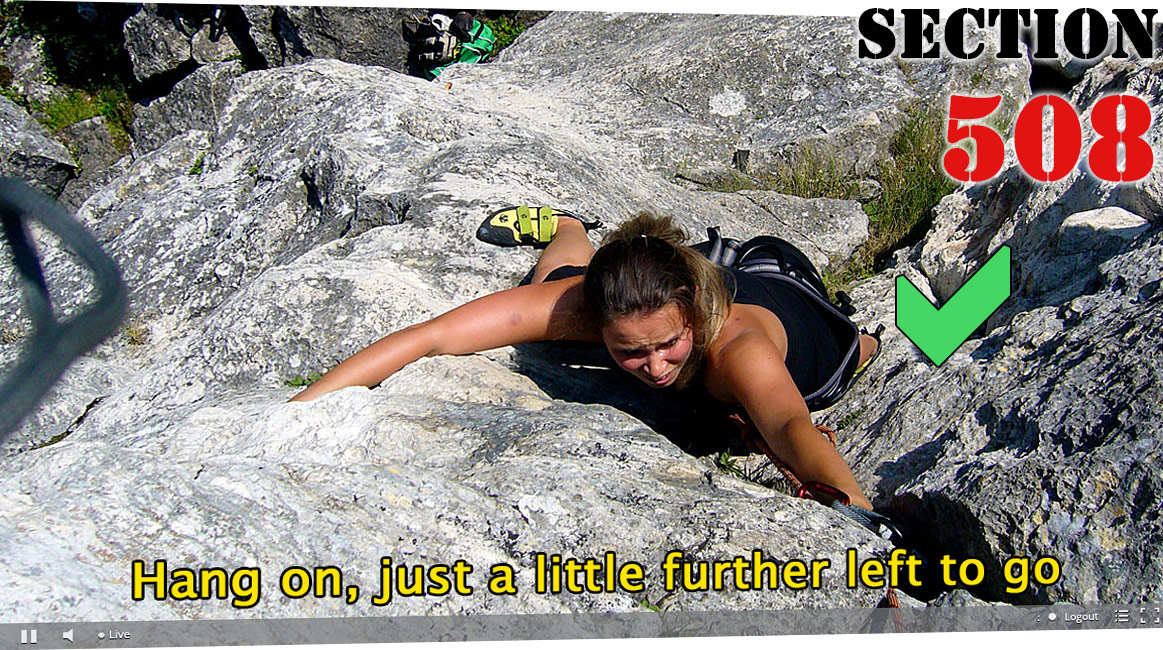 According to the 508 Compliance Resource Team, to make a video file 508 compliant one should have open captioning and closed captioning to it. Open captions are always with the video and can’t be turned off and closed captions can be turned off by the viewer. Most of the popular media players like Quicktime Pro, Flash Video, Real Player and Windows Media include caption embedding options. Captions are different from subtitles. Subtitles are usually used to translate the language of the video whereas captions are the exact description of the video. With captions, people who have a hearing disability can watch videos with the exact information. If you are using a broadcasting platform like Dacast, you have closed captions as a built-in feature for all your videos and can make your videos accessible from there itself.

According to the 508 compliance team, the compliance requirements for a video are:

Compliance Starts with the Player 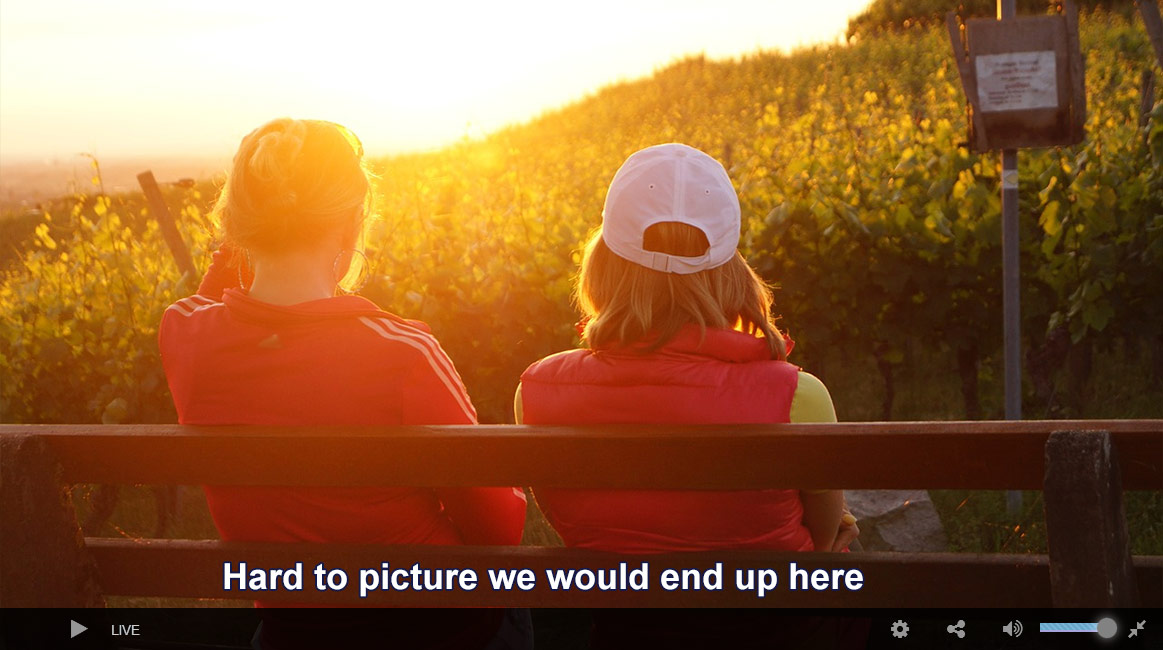 To have complaint videos on your website, one has to make sure that the video player used is 508 compliant. By that I mean, it should be able to read all the functions performed by the player. To let reading software able to detect those functions properly marked as well. There is a big difference between video captions and audio transcripts. Video captions are usually a more detailed description than the video transcript like even describing the emotions of the characters not just their act. JAWS and Dragon software are two really popular programs that are used for testing 508 compliance. In order to make sure content passes tests with these assistive technologies is to have Alt-text to everything and not too crazy graphics.

There are some common myths and misconceptions about 508 compliant pages on the web. According to Samantha Warren (former designer) in her article, A Designer’s Guide to Accessibility and 508 Compliance, she addresses some common confusion with it. The most common myth people have is that accessible means the design on a site isn’t as pretty. If your site is accessible, it doesn’t mean you can’t have fancy graphics or pictures. With growing advancement in assistive technology, anything one can do with given web standards can be accessible.

Adding Captions to your Video 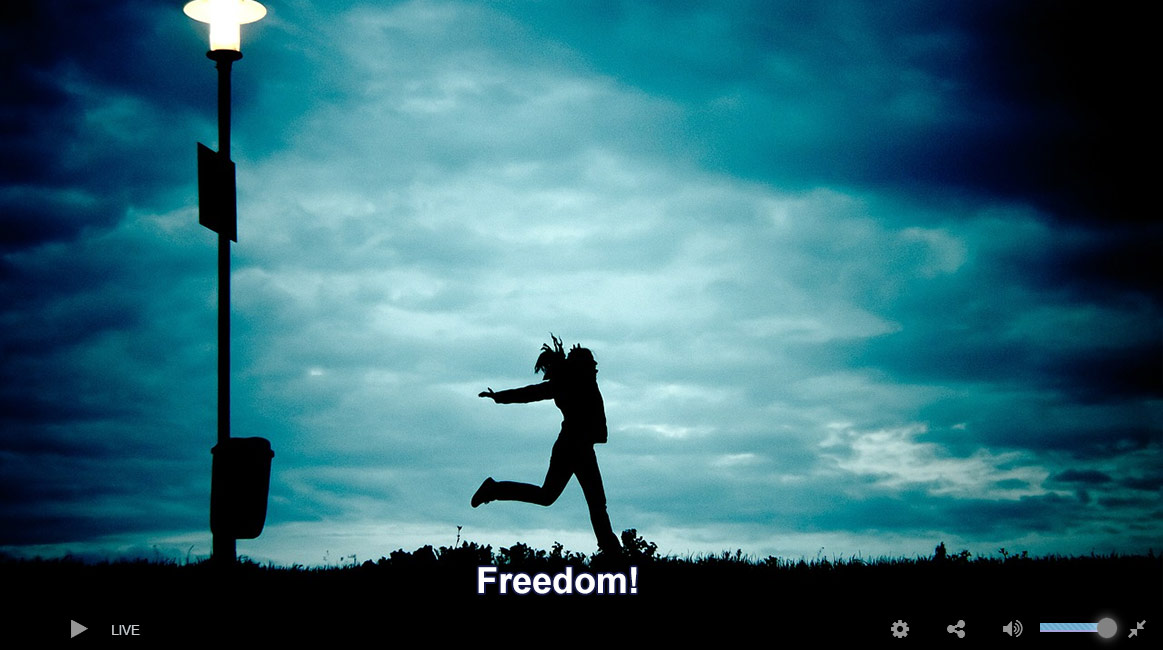 Adding subtitles or captions to your video normally starts with a subtitle file. Example caption formats include SRT and VTT files. There are a number of programs that can aid you in their creation. However, almost all of them involve a lot of manual labor to ensure they are done correctly.

We have a couple of guides on this process, including one for education faculties. This includes going over the programs available to you and the benefits of each. If you prefer a more general version, without program recommendations or comments, we have a more global closed caption guide here.

We hope this blog has helped you understand more about creating 508 compliant content. Furthermore, we hope that the resources available can point you toward how to add captions to your videos as well. If you have any feedback, please feel free to leave comments below for us.

Suprita is a social media analyst and a regular content contributor to the Dacast marketing and team.