Video lower thirds refers to the lower part of the screen — literally the bottom one-third of the image. In practice, though, lower thirds refers to material placed in the lower part of the screen as an overlay to the main video image. This material is usually text, although it may also include still images and even partitioned-screen video images.

You can see lower thirds in action on news broadcasts, where the practice is common. Video footage shows on the screen, and in the lower third appears text explaining what is happening, giving names of people talking, sometimes translations of what is being said if it’s in a foreign language, dates and times, or sources. Sometimes the lower third conveys the identity of the television show itself. Documentaries often use the same technique.

The use of lower thirds is becoming increasingly common in an independent video uploaded to streaming video hosting sites as well. Modern non-linear editing methods make this fairly easy and straightforward, and simple templates exist from a number of sources to help broadcasters with the task.

What is Lower Thirds? 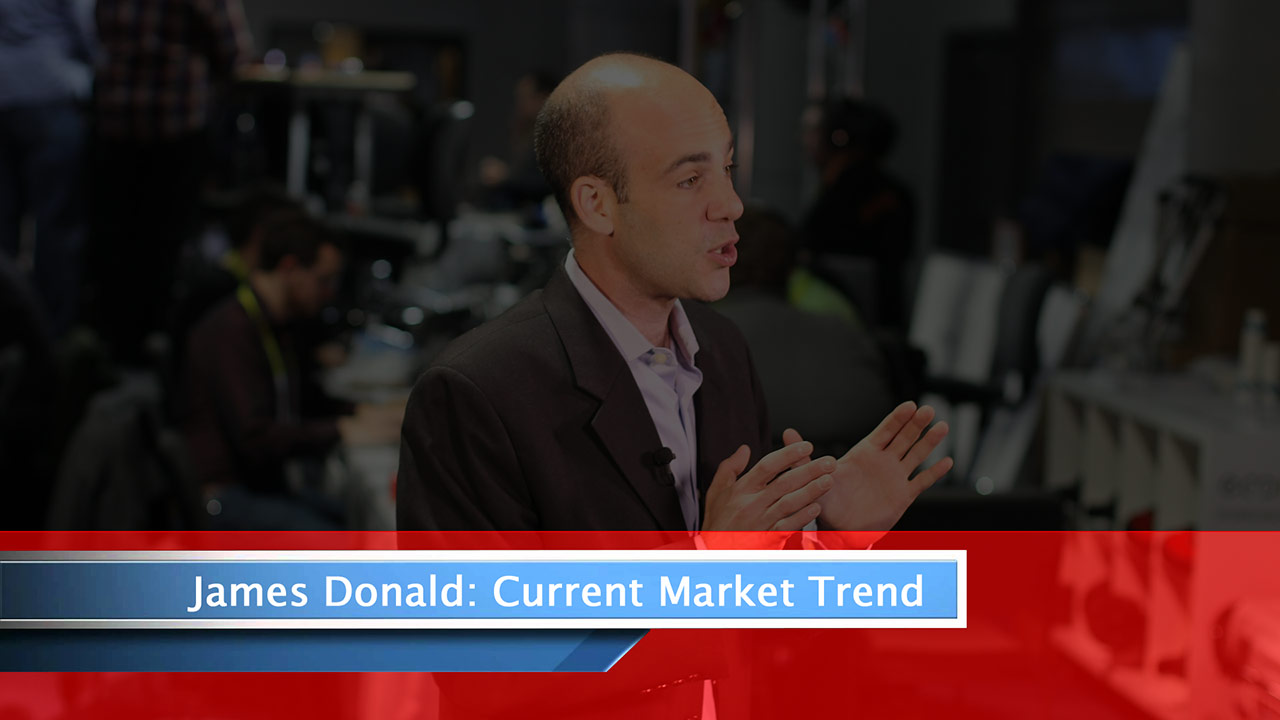 Lower thirds in video looks like the example on the left. Note that the main video stream consists of a camera focused on James Donald as he is speaking. The red area in the lower part of the screen, together with the legend “James Donald: Current Market Trend” is the lower third.

This technique provides a simple way of providing information to the viewer without distracting from the main action. Attention will remain focused on the video image of the speaker (or whatever else is going on), but the viewer has access to the information with a glance at the lower part of the screen.

Lower thirds information is customarily divided into tiers so that we speak of one-tier, two-tier, and three-tier lower thirds. 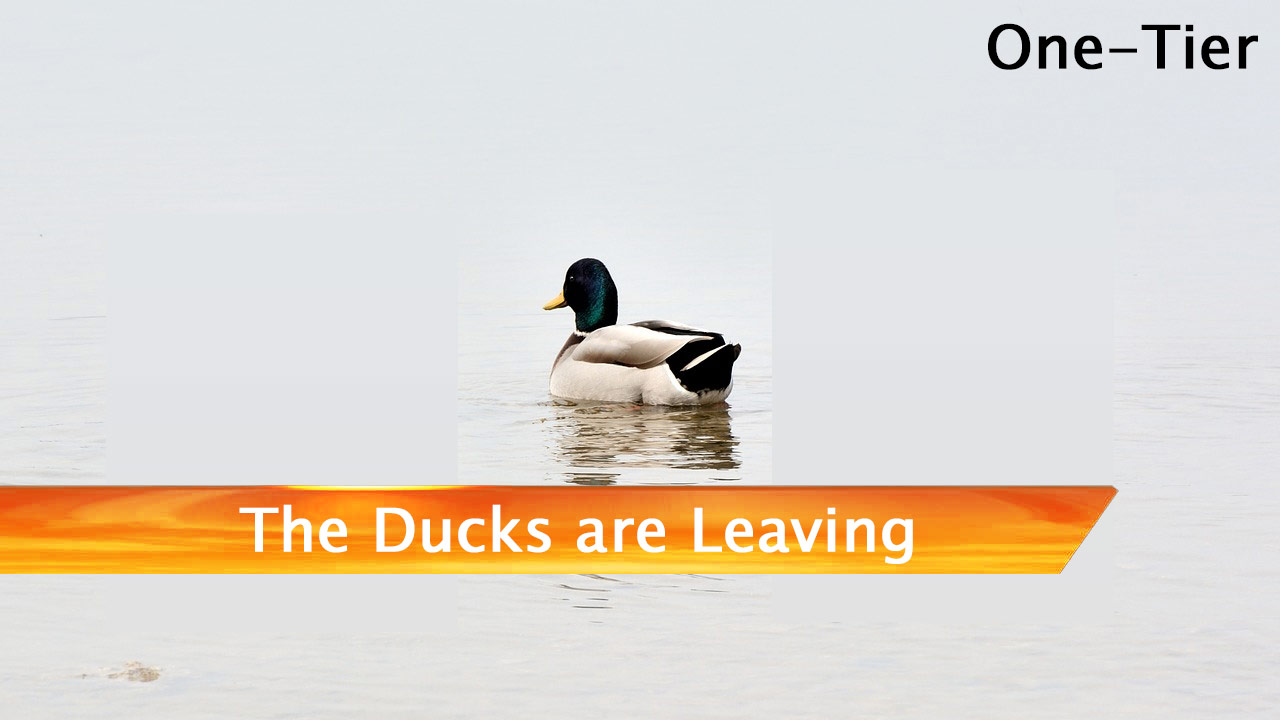 One-tier lower thirds are used normally to present the name of a video or of the presenter or producer or broadcaster. This is static information that remains constant throughout the video, and maybe presented only at the beginning, at various intervals through the video, or constantly, as in this brief YouTube clip. 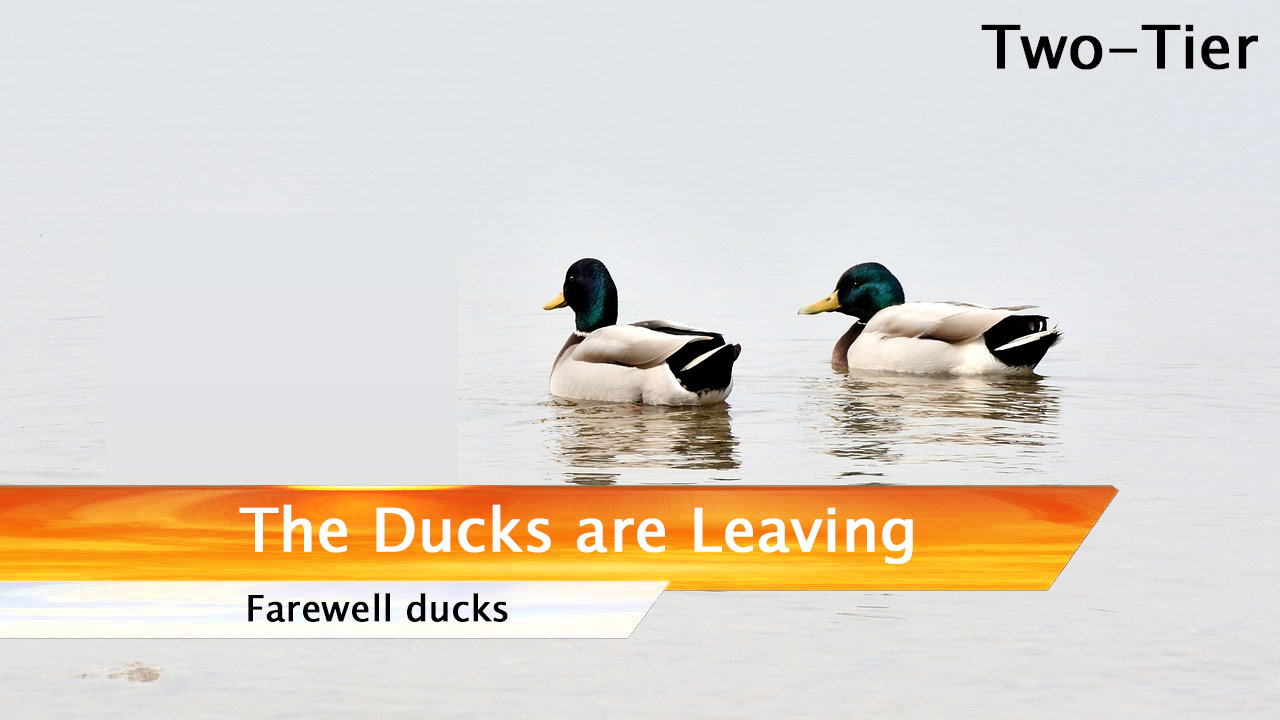 Two-tier lower thirds are also called “locators” because they identify what’s going on at a particular moment. For example, two-tier lower thirds may include the name of a person speaking. This information may appear once when the person begins speaking, periodically through the speech, or constantly as long as the person is on the screen. Information identifying the location being shot, or other information relevant to what the viewer is seeing at a given moment, is included in this clip. Note that the source of the video (the Daily Bugle) appears in the lower right-hand corner throughout, but a second-tier consisting of the words “Spider-Man: Hero or Masked Menace?” appears about halfway through. 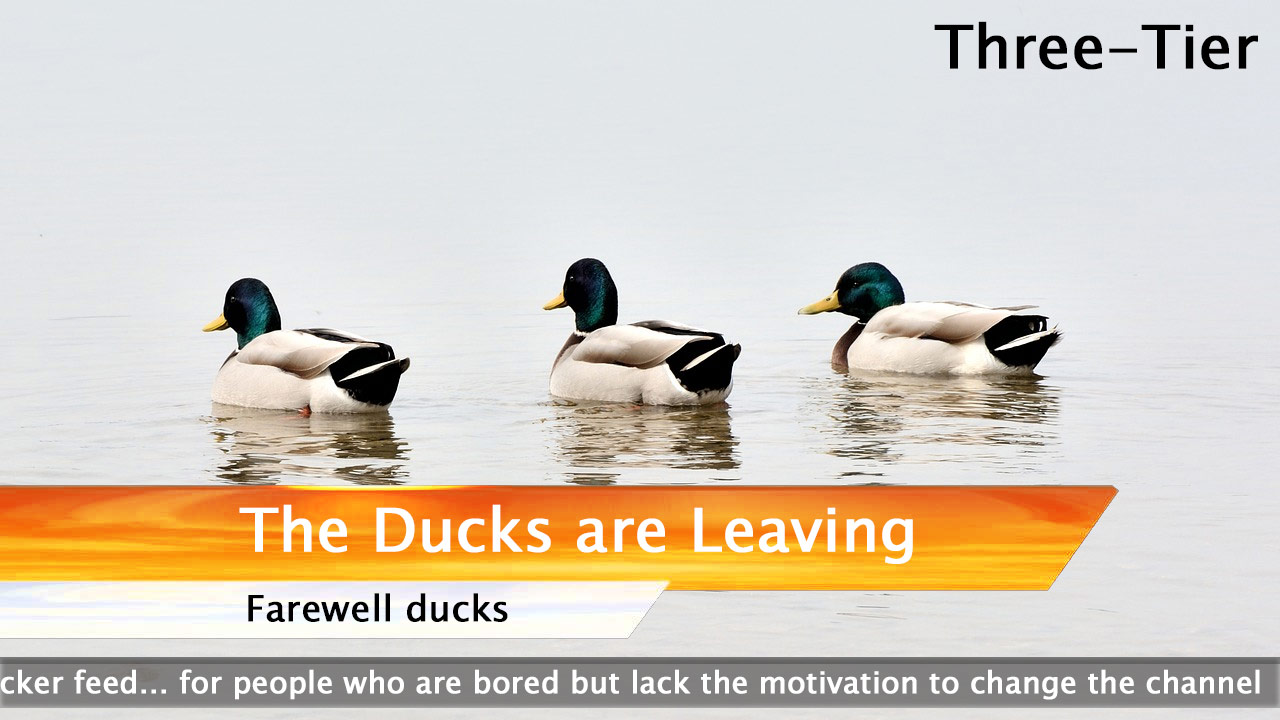 Three-tier lower thirds add still more information, for example, the date of the video if it’s not the same as the date of the broadcast. You can see an example in this clip. As with the Spider-Man example, the Daily Bugle logo appears throughout (first tier), and a banner shows up (second tier) with a revelation that Tony Stark is Iron Man, while the third tier consists of a ticker-tape format feed of other news items across the bottom.

These names are somewhat arbitrary. It’s actually possible to have more than three levels of lower thirds information, but not very common. This is more a convention of video design than anything technical.

What Is Non-Linear Editing?

Non-linear editing is what makes use of lower thirds much easier than it used to be in the days of analog video. It refers to the use of video content (or audio content) simultaneously rather than in sequence. Two video streams from two different sources, for example, can be merged into a single stream.

Non-linear editing is sometimes referred to as “desktop video.” Like most things nowadays, it can be done on a desktop computer or a laptop computer without the need for expensive specialized equipment. It’s used to attach metadata to a video clip, sometimes automatically (time, date, location, name of the clip, and so on). The metadata, whether displayed or not, allows the location of specific frames within a video for editing purposes.

In addition to metadata, it’s easy to splice in and modify a lower-thirds banner with information for viewers using video editing software. 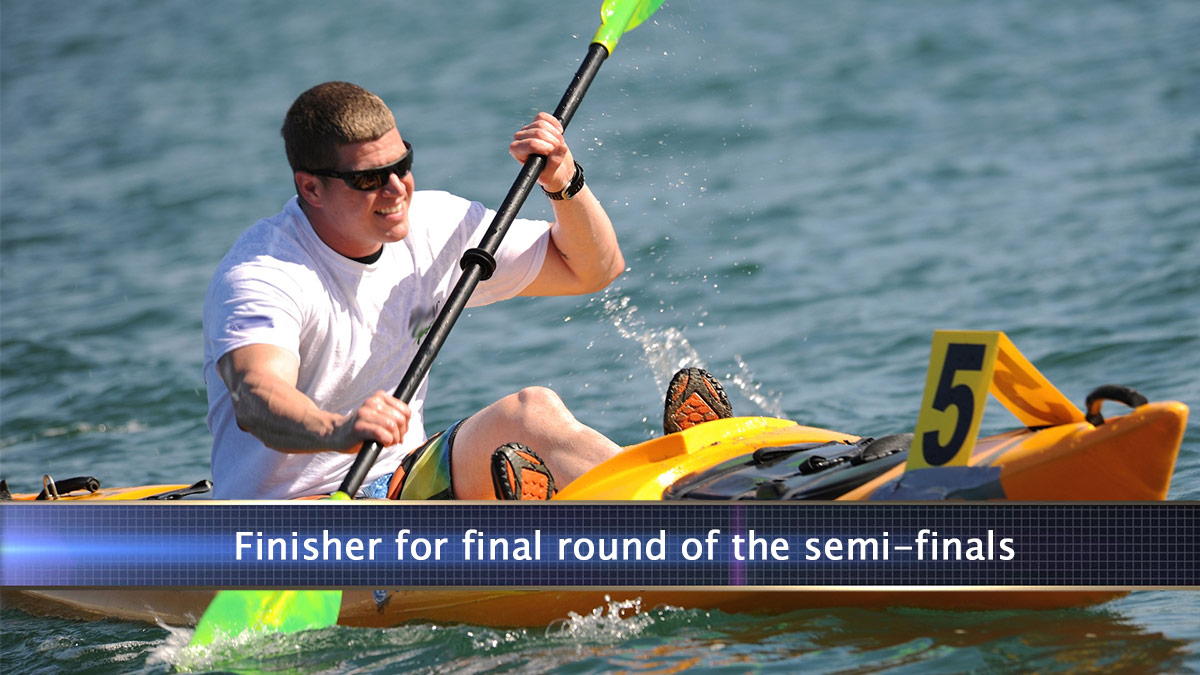 Lower thirds are used in video because that location on the screen attracts less attention and is less distracting than if the same material were placed in the upper two-thirds of the visible screen. Normally, the eyes gravitate to the middle and upper parts of the screen, and that’s where the main focus of the video is ordinarily found. When the video shows a talking head, for example, the camera focuses on that person’s face, so that his eyes appear in the middle of the screen. Placing text with information in the lower third doesn’t distract from that focus, but the text is available when the eyes of the viewer drop down and see it.

That fact explains what the lower third material is used for. It contains information that is important for the viewer to have available, but that isn’t the main point of the video. For example, if you want your viewer to know who produced the video and be reminded of it, but not to the point of distracting him or her from the video content itself put it in the lower third. Similarly, use of the lower third to identify a location or a person lets the viewer concentrate on the image, but be able to glance down and see where who, or what is being shown if that becomes puzzling.

While a good video production and editing program let you create lower thirds from scratch, there’s often no need to reinvent the wheel. Templates with lower-third designs are available from several sources, often free or for a small cost, for use with various editors or with more than one. The use of a template for lower thirds is just like using a template for anything else, such as web page design. The template gives a basic layout, and the user specifies the details including text, color scheme, and variations on the theme.

Videoblocks features thousands of royalty-free video templates including lower thirds designs. Read the fine print before using, as not all of these are available for unrestricted use.

Videohive has a smaller selection of lower thirds templates for a small price, that are worth looking into.

You can also find lower thirds templates from sites dedicated to a particular video editing software.

Lower thirds can give a video a professional appearance, especially when it’s a form of documentary or news-oriented or information-oriented video. This technique is less appropriate for entertainment video with a movie-like feel, but for a lot of video from independent broadcasters, it makes sense. You can help your viewers with subsidiary information, or you can guide them to take follow-up action without being obtrusive.

Lower thirds templates make this pretty easy.  With the proliferation of video content vying for viewers’ attention, and with technology making the production of professional-quality video easier every day, it pays to make use of every good tool available.