A CDN, or Content Delivery Network, is a necessity for most online video needs. By distributing content to hundreds or thousands of servers, CDNs increase loading speed, reduce buffering and lagging, and decrease latency. However, CDNs differ in speed, best use, and geography. In fact, that’s why we decided to write this live streaming CDN comparison for online video delivery.

In this article, we’ll do a CDN comparison of some of the top providers. Specifically, we’ll compare streaming solutions offered through CloudFront, Azure, Edgecast, and Akamai. We’ll also discuss the factors that differentiate these CDNs, including size, focus, geography, cost, security, and support. Finally, we’ll share the best way to get access to a powerful CDN to improve your video delivery.

First, let’s begin with a closer look at how CDNs work. Then, we’ll consider key factors to keep in mind when you do a CDN comparison.

A CDN is composed of a fast, reliable network of servers in locations around the world. Users can “rent out” these servers (IAAS, Infrastructure as a Service) to distribute content quickly and reliably. Among other uses, this is important for broadcasters who don’t have data centers of their own. 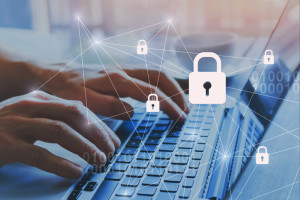 For example, let’s imagine that you want to stream live video on your website via a CDN. First, your chosen encoder sends the stream to the CDN network. User requests are routed to the CDN as well, which copies the stream in real-time and delivers it to proximal servers and then to your viewers. In this way, thousands or millions of users can access a single piece of video content at once without overwhelming a single server.

Using a CDN can also protect websites and producers against certain types of online attacks. This is especially true for DDoS attacks, which crash websites by mimicking the effects of millions of users visiting simultaneously.

Factors to consider for a CDN comparison

With that basic definition of how CDNs work in place, the rest of this post focuses on a live streaming CDN comparison. As previously noted, CDNs are differentiated from each other due to a number of different factors. These factors include:

The more servers, also called “Point-of-Presence” (PoP), that a CDN has in its network, the faster and more reliable it should be. A small CDN may be perfectly sufficient for streaming small events. However, major events with tens of thousands of viewers will want to select a large CDN for the best user experience.

Different CDNs focus on different types of content. Some, for example, focus on website libraries or mobile website optimization. Others focus on large downloads, load balancing, or security against digital attacks. Finally, some simply prioritize video content, both live and on-demand. These are the providers that will interest us most for this CDN comparison. 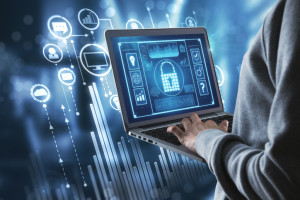 Part of the core of a CDN is geographic proximity. The closer in location a server is to a given user (or population of users), the faster the content can reach viewers. Therefore, you should always consider your specific audience when choosing a CDN. If your core audience lives in coastal China, for example, but your CDN selection has no data centers in that country, your content will suffer unnecessary slowdowns.

Finally, certain CDNs offer expanded service for high-risk websites. These services include, for example, content mirroring, countering DDoS attacks via load balancing between a number of servers, automatic failover in the event attacks are successful, and other tools.

With that context in mind, let’s review some of the most popular CDNs. All four options offer high performance in live and on-demand video delivery, though there are pros and cons to each.

First in our CDN comparison is CloudFront, a massive player in the field of content delivery. CloudFront comes from Amazon via their AWS, or Amazon Web Services business. CloudFront is optimized for small or large files and dynamic content, as well as live streaming solutions and on-demand video.

Cloudfront’s network has locations across North America, Europe, Latin America, Asia, and Oceania. They have no direct coverage in the Middle East, Africa, Russia, or China (although they do partner with local networks there).

Pricing for CloudFront, as for most CDNs, is somewhat complex. In general, the service is pay as you go with tiered pricing based on the number of requests and the bandwidth used. The geographic region the traffic occurs in affects the pricing. Discounts are available for annual contracts.

Microsoft’s offering to this CDN comparison is Azure, a content delivery service with a broad feature set. Azure actually encompasses a wide range of cloud tools, only one of which is the CDN. Its Media Services product includes encoding, video player, and DRM encryption on top of the standard CDN services.

Azure’s CDN integrates with Akamai and Verizon, making their service something of a mash-up. Microsoft provides the software and administration, while these partners provide the server infrastructure. Due to the Verizon and Akamai integrations, Azure features CDN POP in a wide variety of locations, including:

Azure pricing depends on the services that you use and your location. Standard pricing starts around eight cents per GB in North America, Europe, the Middle East, and Africa. You can learn more about pricing on the Azure website.

Edgecast is a CDN that falls under Verizon’s “Digital Media Services” arm. This CDN focuses on video content and OTT delivery, as well as a variety of other content. Edgecast also offers a wide range of tools for live streamers, including scheduling and management tools, live to VOD, single-stream URLs, clipping highlights, QoS (Quality of Service) tools, analytics, and more.

As of 2019, the Edgecast CDN has incorporated more than 3000 global interconnections around the world. They include POPs in North and South America, Europe, Asia (including China), Oceania, and the Middle East.

Edgecast offers a 30-day free trial. However, services are typically priced on annual contracts based on traffic volume and required features. 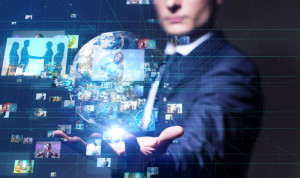 Finally, the last entry in our CDN comparison is Akamai. Arguably the largest player in the CDN field, Akamai has been in operation for more than a decade. Their network consists of more than 200,000 servers located in more than 100 countries worldwide, allowing them to deliver fast and consistent video streams.

Akamai’s network contains almost every known CDN technology. On CDN comparison and review sites, they tick all the boxes for basic technology. This includes video-on-demand and live streaming, instant live channel provisioning, and other features like DDoS protection and image optimization.

In general, Akamai is priced like Edgecast on an annual contract basis depending on the volume of your traffic and the services that you require. This may make access to a premium CDN like Akamai seem unaffordable or difficult. However, one way around this is to use an online video platform that integrates a CDN like Akamai. (Dacast is one such OVP.)

For context, an OVP, or Online Video Platform, is a PaaS (Platform as a Service) model that provides hardware and software tools. In turn, these tools enable both live streaming and video-on-demand. Think of it as a Swiss Army knife for online video. An OVP allows you to do many things. Among them, you can:

Of course, another core feature of an OVP is access to a CDN. Most OVPs integrate with CDNs, so you only need to deal with a single vendor and a single contract. It’s a great way to avoid the complex, potentially expensive pricing of CDNs as well. Here at Dacast, we partner with Akamai to deliver premium CDN performance to every one of our customers—even those on affordable entry-level plans.

And there you have it! We hope this CDN comparison has helped you to better understand the role and uses of a CDN, as well as some of the top players in the CDN market.

Of course, we also hope you’ll consider the Dacast platform if you’re not already streaming with us. Are you ready to learn more about Dacast and to test our live streaming and VOD performance via the Akamai CDN? If so, just click the link below to sign up for our 30-day free trial (no credit card required). We’ll have you streaming in a matter of minutes.

Finally, for exclusive offers and regular tips on live streaming, you can also join our LinkedIn group.

As always, thanks for reading, and good luck with your own CDN comparison process!