There is a wide range of encoders available for live streaming. We’re going to look at several of the best live stream encoding software, including Wirecast, vMix, VidBlasterX, and OBS Studio.

Before we dive into this, we’ll explore one other issue. We’re going to look at HLS streaming protocol and RTMP—an important topic to understand for effective streaming. Then, we’ll turn to the best live streaming software. Let’s dive in.

HLS streaming – a review of the basics

Here’s a quick overview. HLS stands for HTTP Live Streaming. HLS is a video streaming protocol that was developed by Apple as an alternative to Flash. Adobe’s HDS (HTTP Dynamic Streaming) is based on Flash and is still a competitor to HLS. As an adaptive bitrate streaming protocol, HLS delivers the best available video quality to viewers at any given time.

Over the past several years, HLS has become the most widely used live streaming protocol—by far. Android smartphones, as well as iPhones, desktop and laptop computers, tablets, smart TVs, gaming consoles, and many other devices, all support HLS. Security is not generally a problem for viewers of HLS streams. 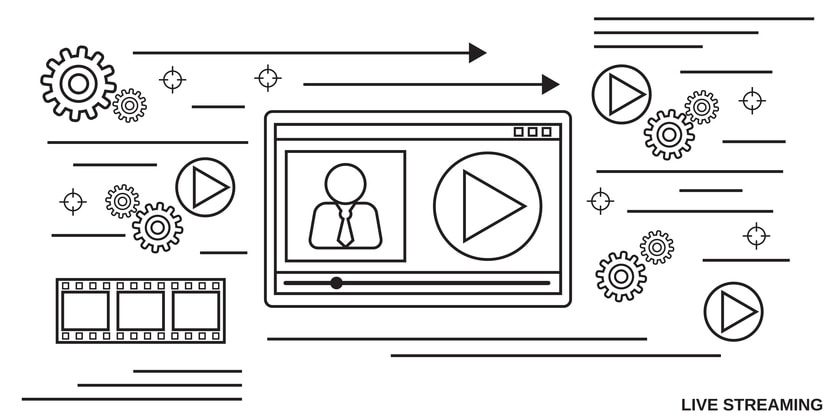 Let’s get into a bit more detail. In most cases, live streaming involves sending data from your encoder to an Online Video Platform (OVP). OVPs either use their own CDN (Content Delivery Network) or partner with a CDN to deliver streams. You can also send the data to your own live streaming server, but this requires more equipment and technical knowledge.

This process of sending the stream is known as stream ingestion. Stream ingestion usually occurs using RTMP. RTMP stands for Real-Time Messaging Protocol. Interestingly, RTMP uses Flash for video standards. Ingesting a live stream via RTMP should not be confused with RTMP delivery, which requires a Flash plugin for the video to be played.

Let’s review how this would look in the context of live streaming via our own streaming solution. Once you have begun live streaming via your encoder, Dacast’s CDN partner Akamai receives (ingests) the feed-in RTMP format, after which their servers convert the feed to HLS. The stream can then be delivered in chunks of 10 seconds to edge servers on the CDN network. Users are automatically connected to the fastest server and served with the HLS stream.

All the best live streaming software we consider here also deliver streams in RTMP format. That video can then reach viewers via HLS streaming or another format.

Alright, now let’s move on and take a look at the best live streaming software. With each option we highlight here, we’ll share its key features, price, and compatibility, as well as our general thoughts.

First up is Wirecast, from the company Telestream. Wirecast is a capable, professional-grade video switcher and encoder. It allows you to quickly switch between multiple sources, overlay graphics on the feed, and stream video. You can record streams locally, as well as mixing audio and adding video effects.

Wirecast has recently released a new version: Wirecast 9. To know more about it, you can check out its tech specs here. 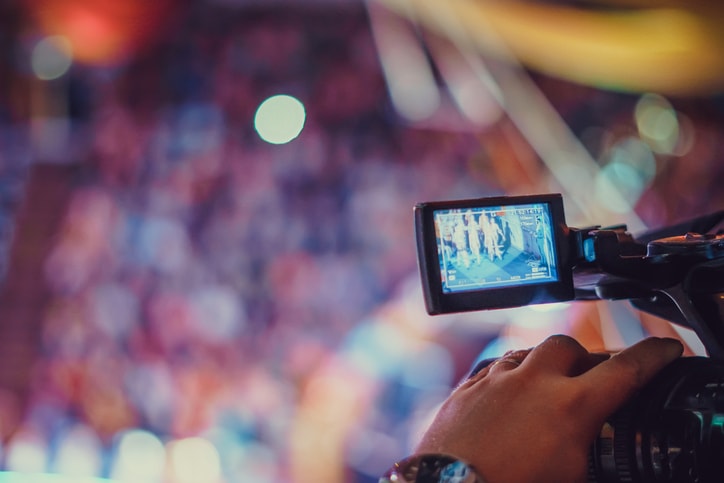 Wirecast comes in two versions. Wirecast Studio, for $695, includes 2 guests via Rendezvous and the Express version of the NewBlue Titler Live tool.

Both versions include one year of standard support. Dacast users can access a 10% discount as well.

Wirecast comes in a version for Windows and for macOS. The latest version of Wirecast is version 8, which includes some great new features.

Next up, let’s examine vMix, another powerful live switcher and streaming application. Like Wirecast, vMix supports a wide range of inputs and streams to OVPs and CDNs as well as services like YouTube and Facebook. Many people absolutely love the software. Let’s look in a bit more detail at vMix’s features.

If you want to know more about the latest changes introduced with vMix 21, such as color correction features, virtual streaming, and independent streaming control support check out this interview of vMix management team at NAB:

vMix comes in six versions ranging in price from free (Basic) to $1200 (Pro). Each version adds additional features and capabilities. For example, only the HD version ($350) and above support the vMix call function.

VMix restricts access to Instant Replay, video resolution, the total number of inputs, and a number of other advanced features to only higher-priced plans as well. To learn more about pricing, visit the vMix pricing page. A 60-day free trial is available.

vMix is only available for Windows PCs. Learn more about how to use it here.

VidBlasterX is available in three editions: Home, Studio, and Broadcast. Billed as an annual subscription, these versions cost $9, $99, and $999 per year respectively.

First, the difference between the versions is the number of simultaneously active modules you can have. The Home editions support up to seven modules, enough for basic live streaming. The Studio edition supports up to 25 modules, and the Broadcast edition supports 50 modules. These higher limits allow professional users with multiple monitors to set up and oversee complex workflows.

VidBlasterX is available for Windows PCs only. 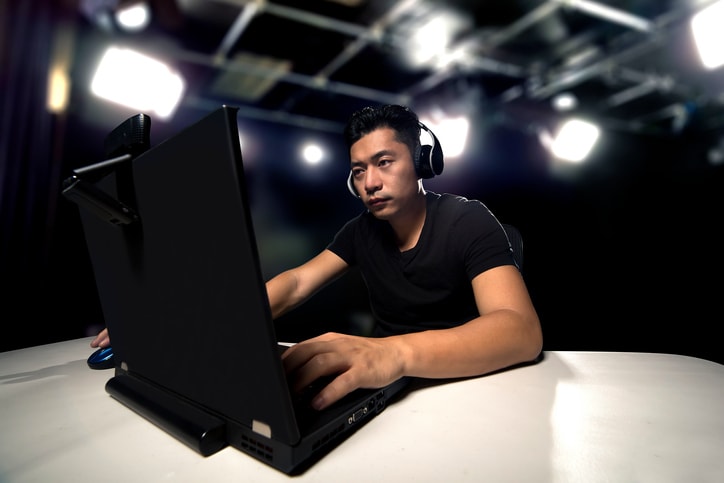 Finally, let’s take a look at a free alternative to the best live streaming software reviewed above. OBS Studio is an open-source, community-based project for live streaming. It’s cross-platform and under active development, with new versions and upgrades released regularly. The community seems to love OBS. Here are some of the key features of OBS Studio.

Finally, Dacast offers a customized version of OBS Studio that easily connects to save our users time.

OBS Studio is compatible with Windows 7 and later, OS X/Mac OS 10.8 and later, and Linux.

Deciding on the best live streaming software to set up your next live video stream event can be tricky. Every streamer has slightly different needs. That’s why we simply aim to provide you with the knowledge to help you make a decision on your own.

Before making a decision, make sure you are working with an RTMP compatible online video platform. One great option is Dacast. With very competitive live streaming pricing, Dacast is a feature-rich platform. We offer a free trial to access free live streaming and all our great features for 30 days (no credit card required).

For regular tips on live streaming and exclusive offers, we also invite you to join our LinkedIn group. Additionally, we love to hear from our readers! Have you experienced other issues and challenges related to the best live streaming software we review here? If so, let us know in the comment section below. We will get back to you.

Thanks for reading, and happy streaming!