What Is Video Bitrate?

Bitrate is one of those nerdy technical terms that need a lot of explanation. It makes a huge difference in the quality of the video that your users will see, — but not in a consistent and straightforward way. It’s not the same as file size, resolution, or frame rate, but combines with all of these to produce the final outcome. A higher bitrate is usually better, and best seen with HD video hosting, but not always better. High bitrates can make it difficult or impossible for viewers to see your video if they don’t have access to stable high-speed Internet. Since many people watch videos on mobile devices for convenience, and use available wi-fi or mobile hot spots to connect where the connection speed is shared, that could be a wider issue than it might appear at first glance.

So what is video bitrate? It’s the quality at which a video is transmitted, measured in bits per second (one bit being one-eighth of a byte). It’s not only the quality of the video itself however, but also defines the bandwidth required for broadcasting of the video over the Internet. You can think of it as the size of the tunnel you’re going to make your video scoot through. Pushing it through a narrower tunnel (i.e., using a lower bitrate) means it has to be squeezed more, while a wider tunnel lets it travel in more comfort, although there are consequences to that, too.

For a lot of technical detail about bitrate, check out this article. Now let’s take a quick look at what bitrate means in terms of broadcasting. 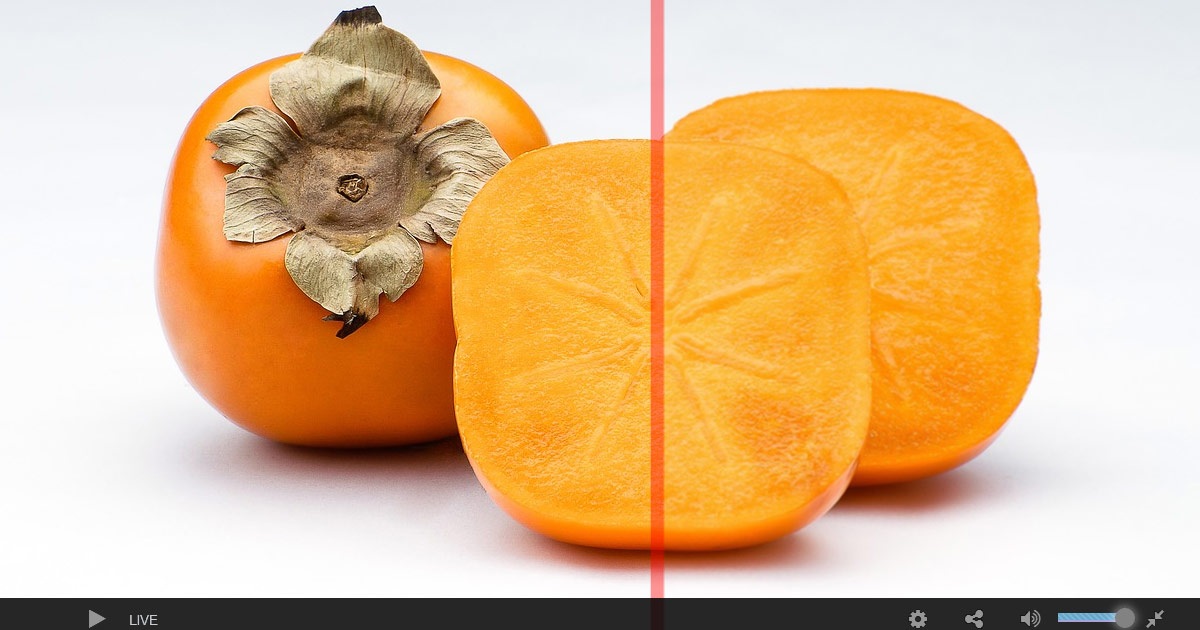 All of that information is transmitted at your broadcasting bitrate. To do this (since in practice no widely viewable bitrate allows full-size streaming of high-definition video) requires compression, even with a high-powered format such as Blu-Ray. The lower the bitrate, the more a given video has to be compressed in order to broadcast it. What this means in practice is that to broadcast high-density video, you need a faster bitrate than you would for a lower-quality video, not because it’s impossible to squeeze a big video stream through a narrow data pipe, but because the necessary compression would impact the video’s quality unacceptably. Bitrate is just as important to the quality your viewers see as the technical quality of the original video itself.

The method used to compress the file, which is part of the video codec, also makes a difference in quality and a more advanced codec can allow streaming of higher-quality video over a given bandwidth with less loss of quality due to compression. As a trade-off, more advanced compression methods require more processing power and RAM and can take more rendering time. There is, alas, no free lunch. 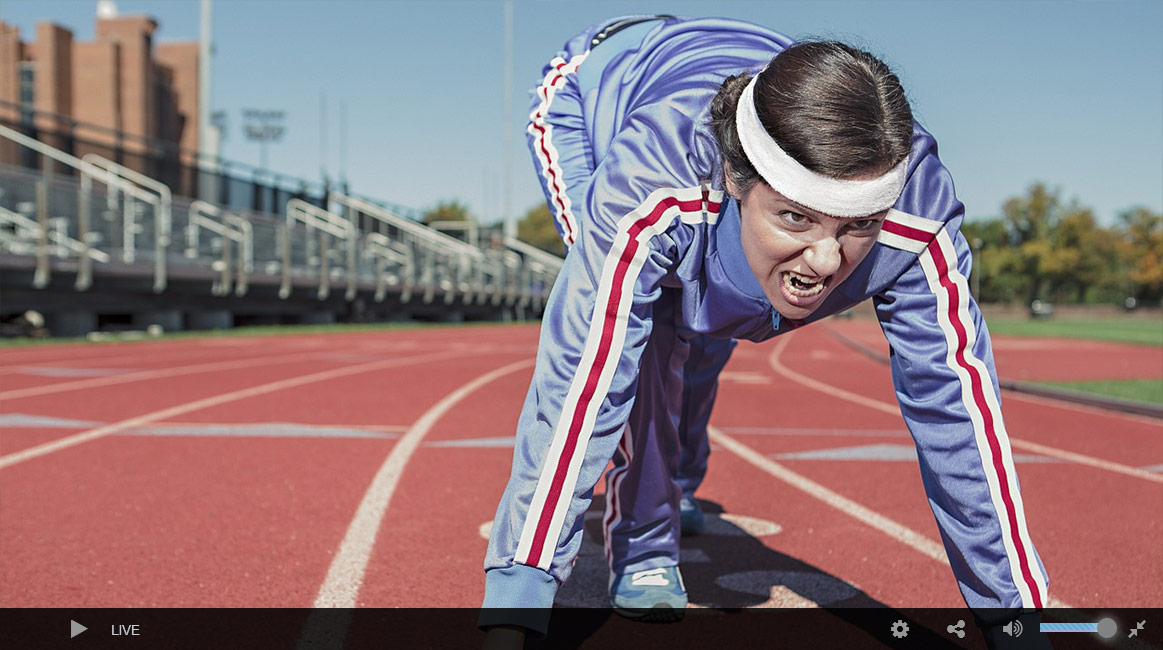 Settings for variable bitrates use several other variables. These include target, maximum, and minimum bitrate. The target bitrate is an overall average, while the minimum and maximum set upper and lower limits on the amount of compression applied to any one frame.

You might think that variable bitrate is always the way to go, but in fact for some purposes, including most live streaming, constant bitrate prevents bitrate spikes that can make streaming difficult, making it a better choice despite the lower overall quality. There’s a reason why both these methods are available. One isn’t universally better than the other.

Another variable involves the number of passes made by your system in compressing video. More passes mean a more intelligent compression result and higher transmitted quality, but increase rendering time and introduce latency in live streaming.

This video includes a pretty good description of constant versus variable bitrate as well as providing a nice overview of bitrate in general. 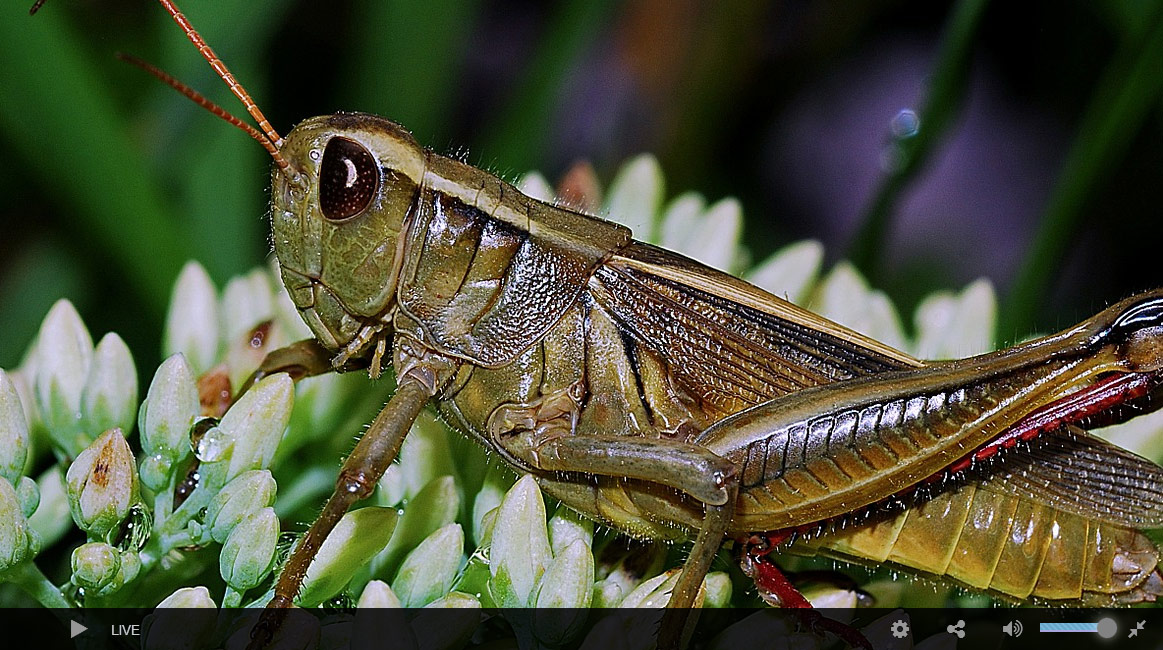 Obviously transmitting your video at a higher bitrate will improve the quality available to your viewers. There are, however, a few drawbacks that make it not necessarily wise to use the highest bitrate you can.

First, it will cost more in terms of bandwidth required by your upload system, which may cut into other actions. It will also consume more bandwidth per viewer which usually means a higher cost. On the user end, bitrate affects download requirements. Download bitrate is high these days on the average and growing higher, and you might think all viewers could access anything you can broadcast. That’s true under optimal conditions, but not in most real world cases. Viewers in rural areas may not have high-speed Internet access. Urban viewers who are trying to see your video using shared wi-fi or a mobile hotspot (which is frequently the case when using a smart phone or tablet) may find a high bitrate broadcast problematic.

In short, there’s a trade-off. You need to consider your viewers’ requirements and your own costs before setting your bitrate.

This is only an overview of a very complicated and technical subject. It’s simple enough in concept, but the details impacting your choices as a broadcaster are anything but simple. Producing a good video is only the beginning. The techniques involved in broadcasting itself make a big difference in the quality of video your viewers see, which in turn can make the difference between success and failure as a broadcaster.

There’s a lot more information available on bitrates and other aspects of broadcasting. For more information on bitrate, codecs, and bandwidth, this article is a good place to start. For a more detailed description of constant versus variable bitrate and how it affects broadcasting choices, you might find this piece informative.